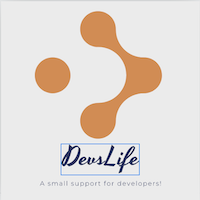 This post,contains a list of new tools and practices that can help us build faster Angular apps and monitor their performance over time. In each section, you’ll find links for further reference on how to incorporate them in your project. The focus of this post is on decreasing initial load time and speeding up page navigation using code-splitting and preloading

We’ll look at the following topics:

The Angular CLI has been doing a great job minifying bundles and eliminating dead code. In version 8, the CLI also introduced differential loading support, which can reduce the amount of JavaScript for modern browsers even further. All this is completely automated by the tooling Angular provides. On the other hand, code-splitting is entirely in our hands. The next section is dedicated on how to shrink our JavaScript bundles by using this technique.

The main difference between these two techniques is that with component level code-splitting, we can load individual components lazily even without a route navigation. For example, we can load the component associated with a chatbox only after the user clicks on a placeholder. With route level code-splitting, we load the individual routes lazily. For example, if the user is in the home page of an app and they navigate to the settings page, Angular will first download the corresponding bundle and after that render the route.

Now let’s focus on route-level code-splitting. You can learn more about it here. This technique involves boilerplate code. To create a lazy route manually, we need to: With loadChildren,

// .. The risk with this strategy is that in an application with many modules, it may increase the network consumption and also block the main thread when Angular registers the routes of the preloaded modules.

For larger apps, we can apply more advanced preloading heuristics:

To monitor our apps over time, the Angular CLI supports performance budgets. The budgets allow us to specify limits in which the production bundles of our app can grow. In the workspace configuration, under the budgets section, we can specify several different types of budgets:

Looking at datasets of a lot of Angular apps running into the wild, we noticed that over 25% of them do not use content compression. Even more, don’t use a Content Delivery Network (CDN). These are two easy wins that are very simple to implement as part of the deployment pipeline. To allow developers to ship fast Angular apps from end-to-end as part of Angular CLI version 8.3 we’ll introduce a new command called deploy. By simply running ng deploy, you’ll be able to:

In this post we looked at few practical approaches to speed up an Angular app. We saw how to reduce the size of our JavaScript bundles using component-level and route-level code-splitting. As the next step, we discussed preloading strategies that can speed up page navigation. To monitor our app’s performance over time we introduced performance budgets. Finally, we talked about efficient serving and the integration of CDN and content compression enabled cloud services with the Angular CLI.